Smartphones give people the ability not only to make a call, but text their friends, check Facebook, play games, order a movie, as well as “tweet” their favorite celebrities. However, this does not represent all potential uses of Smartphone technology. In fact, new applications have begun utilizing GPS technology to pinpoint DUI checkpoints and inform drivers so they may avoid them.

A quick search on the Android marketplace reveals applications such as “Fuzz Alert,” “PhantomAlert” and “Trapster.” However, these programs are surrounded by controversy even though thousands of people have already downloaded them.

Apple’s iOS and Google’s Android are the two most widely used Smartphone operating systems. However, Apple and Google disagree whether these DUI checkpoint apps should be made available to the public.

The New York Times reports that Apple, according to its new app guidelines, will now reject any applications submitted to its marketplace that promote driving under the influence because the applications might allow drunk drivers to subvert legal processes. This was in response to a letter sent by a group of U.S. senators. The letter requested the apps be removed and rejected from mobile stores because they might encourage people to drive under the influence of alcohol.

Google, however, does not believe the apps violate their app content policies, nor will they change them even though they received the same letter from the senators. 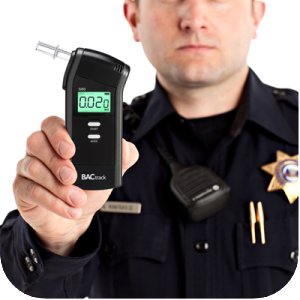 Imperfect Apps and the Importance of DUI Defense Representation

These applications are not perfect and law enforcement officials have new technologies to fight back against potential DUI offenders. ABC reports that by the time these applications alert their user, the police usually have a driver’s speed and know who they are using enhanced laser radar. Thus, the programs could only be providing a false sense of security for drivers.

Maryland law enforcement and prosecutors are increasingly cracking down on drunk driving. People often make the mistake of believing they are okay to drive but end up getting behind the wheel intoxicated. Mistakes like this can bring serious DUI charges.

Those charged with DUI – whether they were using a DUI app or not – should speak with a qualified DUI defense attorney immediately to discuss their rights and options moving forward. Experienced criminal defense attorneys can explain legal options, defend against license revocation and possibly avoid or reduce jail time after a drunk driving charge.

It’s clear that all across the country, law enforcement is taking DUI much more seriously. It seems like each year the laws become stricter and the consequences become more severe. Maryland law provides for substantial penalties if you are convicted of an alcohol-related traffic offense including both heavy fines, significant jail time and the loss of driving privileges. If you or a family member has been charged with DUI or DWI it is important to contact a lawyer immediately. Certain significant rights must be exercised within a short period of time or you may lose these rights. The Annapolis DUI and DWI attorneys at Fratus Brady understand how serious these charges are, and they have the experience necessary to handle your case correctly.

If you have been charged with driving while impaired or driving under the influence, the attorneys of Fratus Brady, LLC, will work diligently to investigate all aspects of the case against you by examining critical issues, including:

There are several factors involved in a DWI/DUI charge that can be successfully challenged but your attorney must have the knowledge and skill to aggressively defend your rights and to guide you through what is a complicated process involving your interaction with law enforcement agencies, prosecutors, the court system and the Motor Vehicle Administration. We prepare for each and every case as if it was going to be decided by a trial.

However, as we prepare for trial we make every effort to communicate effectively with law enforcement, the courts, prosecutors and the Motor Vehicle Administration to evaluate whether your case might be more favorably resolved without a trial. Either way, we are with you at every step of the process to ensure that you are treated fairly and with respect and to be certain that your case is resolved in a way that is as favorable to you as possible.

Let’s be honest: yes, there is a reason people don’t like lawyers but there is also a reason why people don’t like drunk drivers. It could be you, or your mother, father, son or daughter riding in the car that gets hit by a drunk driver. We know our clients did not hire us to be lectured or preached to about the evils of drunk driving and a lecture or sermon is not what you’ll get. But we also know that some of our clients will need help that has nothing to do with a courtroom and everything to do with a classroom or counselor’s office. This is why we also offer our clients the chance to find and enroll in an appropriate alcohol and/or drug education, counseling or treatment program before the scheduled court date. For some clients it may not be necessary, for others it might not make a difference, but for us, it means we still care about our clients and our community.